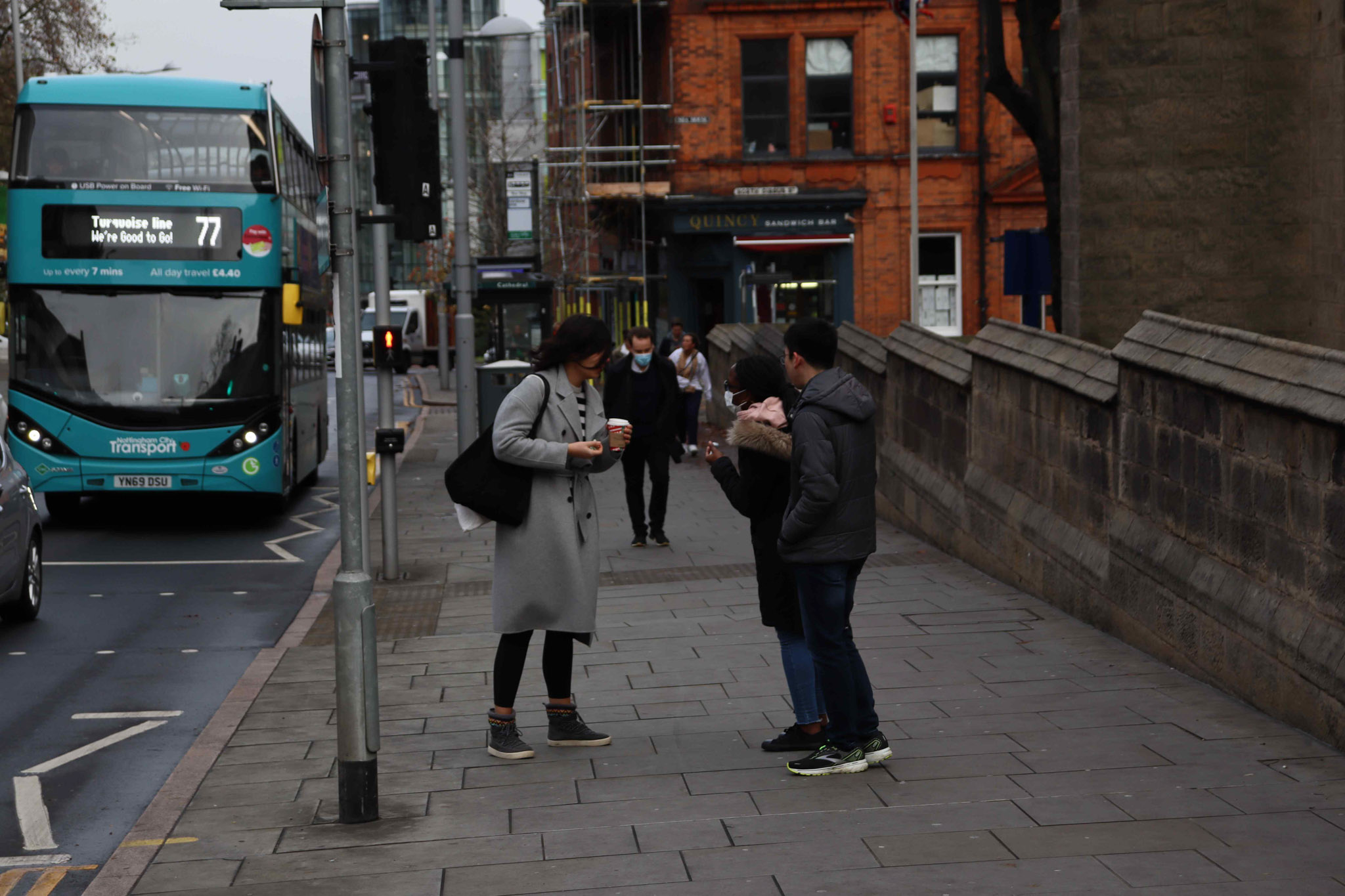 The event, which is called Light Fever, is being held in honour of the Venerable Mary Potter who dedicated her religious ministry to the dying people of Nottingham and founded the Little Company of Mary, in 1877.

The youth of Nottingham Diocese will fill the city’s streets tomorrow and invite passers-by to light a candle at Nottingham Cathedral, in remembrance of a loved one who has died.

The event, which is called Light Fever, is being held in honour of the Venerable Mary Potter who dedicated her religious ministry to the dying people of Nottingham and founded the Little Company of Mary, in 1877.

There will be a talk delivered by the Little Company of Mary in St Barnabas Cathedral’s church hall at 11am, followed by a Mass celebrated by the Bishop of Nottingham.

There will then be Eucharistic Adoration, led by the diocese’s Christus Vivit Ministry, while Christmas shoppers will be encouraged to visit the cathedral and light a candle for a deceased loved one.

Joe Hopkins, Director of Adult Formation For Mission, said: “The last year and a half has been difficult for many people who have felt robbed of community. The diocese has set up the Christus Vivit Ministry to bring Young Adults together for the opportunity to pray together, to grow in faith and friendship; to provide fellowship in a world where holding the views and values of being a Catholic aren’t the norm and that can be challenging for young adults.

“Our event on Saturday aims to highlight the life of Mary Potter to young adults, who we hope will be made a saint soon. She was only 25 when she began her ministry which led to her founding an order that spread all over the world.

“We also want to focus on mission and evangelisation by literally going out into the streets of Nottingham. There are many people in our city who are seeking hope, love, forgiveness, healing, truth, acceptance; these can only truly be found in Jesus and in His Church.

“With the simple invitation to come in and light a candle, along with tea and coffee in the church hall and Eucharistic Adoration in the cathedral, we are providing the opportunity to encounter Him. Planting a seed or raising curiosity in a friendly and accessible way might be something which people want to build on or they may just want to enjoy our hospitality.”

Mother Mary Potter was born in London in 1847 and she later became convinced that God was calling her to start a religious congregation, dedicated to looking after the sick and dying.

In 1877, Bishop Bagshawe of Nottingham, invited her to begin her mission with two companions using a derelict stocking factory. This was the prologue to the founding of the Little Company of Mary.

Despite ill health, Mary Potter grew her ministry and travelled to Rome to visit Pope Leo XIII, who then invited her to open a house in Rome.

By the time Mary Potter passed away in 1913, her congregation had expanded as far as New Zealand.