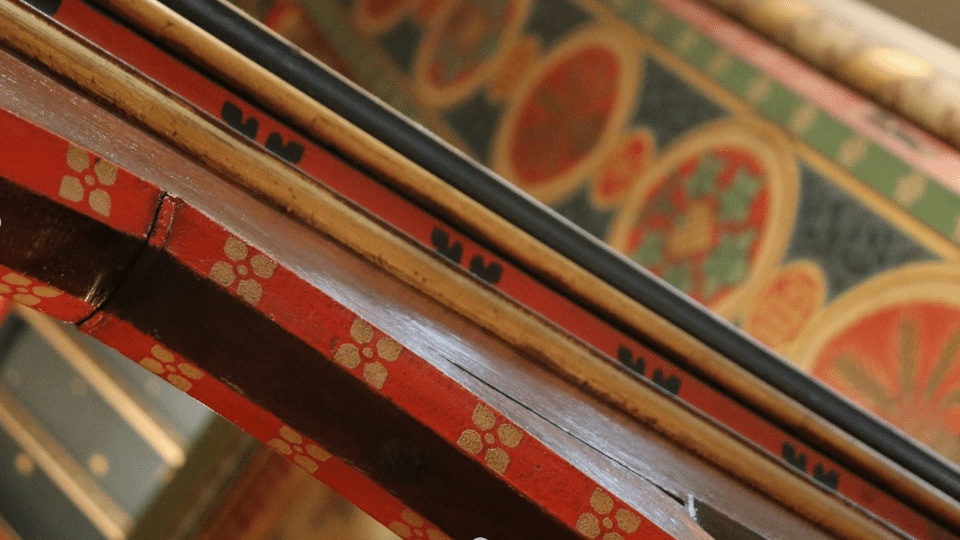 Promoting and Protecting Our Heritage

An overview and insight into the current conservation projects at three parishes.

Every September, thousands of local and volunteers and organisations get involved in ‘Heritage Open Days.’ It is England’s largest festival of history and culture and brings people together to celebrate their heritage, community and history. This year St Barnabas Cathedral is hosting a number of events between 9-18th September to celebrate and share its historical, architectural and spiritual significance in the City of Nottingham and further afield. Thanks to the hard work of ‘The Friends’ at the Cathedral, there will be a series of free tours, an exhibition and lectures on this 19th Century Pugin Gem. The events will provide an opportunity to explore the history, architecture, decoration, furnishings and objects of our Cathedral Church and to hear about current investigations to restore some of its original decorative schemes. For more details and the full schedule, see here:

Promoting and celebrating heritage is only one part of the story, it also needs protecting and preserving for future generations’ enjoyment. Alongside the important restoration plans for St Barnabas Cathedral, major work has been ongoing at St Mary’s Derby to conserve its magnificent Jesse Tree windows and work will soon be undertaken at Good Shepherd Woodthorpe. These can be daunting financial projects for the parishes involved, but they are not just parish churches. These are buildings of significant historical and architectural importance, and the careful care of their fabric is not only a precious gift for the parish but also for the diocese, wider region and country.

This article gives an overview and insight into the conservation projects at these three parishes. Each of these Churches are open daily for private prayer and we encourage you to visit them, learn more about them and support the important work of their preservation. And please do get involved in ‘Heritage Open Days’ at the Cathedral this month.

The Cathedral Church of St Barnabas

The Cathedral Church of St Barnabas, the mother church of our diocese, was designed by the renowned Victorian architect Augustus Welby Northmore Pugin and consecrated by Bishop Wiseman in 1844. Its’ simple exterior, inspired by the medieval Cistercian house at Croxton, was in stark contrast to its original interior design, which was a great feast of rich and colourful stencilling and design. At the time, it was the largest Catholic Church built since the Reformation in England. Originally built as a parish church, it was elevated to a Cathedral Church in 1850 with the restoration of the hierarchy and the establishment of the Diocese of Nottingham.

Pugin’s original decorative scheme was never completed and was further reduced around the late 19th Century, with the Italianate tastes of the Oratorian Bishop Bagshawe being very much at odds with the Gothic character of the Cathedral. The scheme was reduced further in 1962, with many original features and fittings being removed and the interior being redecorated in much lighter colours. Whilst reflective of the age, Buildings of England wrote: ‘The whole effect could hardly be further from the richness of decoration and atmosphere that Pugin intended.’

Attempts have been made over the years to restore the original Pugin character of the Church. The Blessed Sacrament chapel was redecorated and restored in 1933, as a memorial to Bishop Dunn. Then as part of a major reordering in 1993, under Bishop McGuinness, some of Pugin’s previously covered painted decoration was revealed and restored, notably the roundels in the spandrels of the nave and transepts.

With the Cathedral’s 175th anniversary in 2019, it was successful in winning a grant from the Lottery Heritage Fund and together with significant in-kind contributions from Nottingham Trent University, a project was undertaken to rediscover the Pugin decoration. Following this ‘Discovering Pugin’ project, additional work has been carried out by Eskdale Restoration to test different areas of the Cathedral, lifting layers of paint and analysing discoveries in an attempt to identify more of Pugin’s original decorative scheme. Discoveries so far have included print in the Lady Chapel, lettering in the aisles, patterns in the arches of the nave and the original star scheme on the ceiling beds. You can read and see more about this work on Eskdale Restoration’s blog. https://eskdalerestoration.co.uk/2022/04/24/searching-for-a-w-n-pugin-at-nottingham-cathedral/ Plans are now progressing, both in terms of a grant application and a fundraising campaign, to begin the work of restoring this design.

The Cathedral is open daily for private prayer.

To make a donation to this work please email, stbarnabasnottingham@gmail.com

Another famous A.W.N Pugin work in the Diocese is the Parish Church of St Mary’s in Derby. It is Pugin’s first large parish church, an example of his developing style and is of ‘exceptional significance in the history of English Church architecture in the nineteenth century generally, and in English Catholic church architecture in particular.’ Its tower is a significant feature of the Derby skyline and at the time of its opening in 1839, Bishop Wiseman commented that ‘St Mary’s, without exception is the most magnificent thing that Catholics have done in modern times in this country.’ Alongside its architectural importance, the Church also contains fixtures, fittings, stencilling, gilding, furnishings, paintings and details of high quality by Hardman, E.W Pugin, P.P Pugin and others.  Its Lady Chapel, a later addition to the Church by Pugin’s son, is reputed to be one of the largest side-chapels in the country dedicated to the Virgin Mary.

More recently the parish has embarked on a ‘Jesse Tree Project’, seeking to raise funds to restore the stunning sanctuary windows. These were a later addition to the Church in 1854-1855, again the work of Edward Pugin, A.W.N Pugin’s son. Parishioners have called the window ‘the crowning glory’ of the Church and it is a magnificent stained-glass display of the ancestral record of Jesus’ family tree, traced back to Jesse, King David’s father.  Surveys revealed the windows to be in a serious state of disrepair, with some areas of the Hardman glass in real danger of falling out. So, the parish commissioned the restoration of this precious work.  Over the last year, the stained glass was removed from the Sanctuary, re-leaded, cleaned and restored by Chapel Studios. Work was then done by the parish stone mason, Mark Eaton, to undertake repairs to the stonework in the Sanctuary, ready for the return of the windows earlier this year. Decorative work was also undertaken by Sue Lee from Eskdale Restoration.

The Church is open daily for private prayer.

Donations are still being taken to cover the cost of this work and can be made via the parish website: www.stmarysparish.co.uk

Church of the Good Shepherd, Woodthorpe

This Grade II* listed church was designed by Gerard Goalen and was blessed and opened in 1964. It was considered ground-breaking in its architecture, design and its liturgical planning. Built to accommodate 600 people, the wide-arc seating plan around the Sanctuary, was designed as such to enable an intimacy with and full participation in the liturgy. Made out of concrete, a richness was bought to the Church through the impactful use of dalle-de-verre glass, in a colour display designed by Patrick Reyntiens.

Later this year, the parish will be commencing work to repair the defective concrete affecting the mullions and other parts of the building. The project is estimated to cost £450,000 and it will be a significant undertaking on the part of the parish to preserve and protect this heritage asset in our diocese.

The Church is open daily for private prayer.

Some of the information and details in this article have been sourced from ‘Taking Stock’, the Catholic Bishops’ Conference of England and Wales website which provides an architectural and historical audit of all Catholic Churches in England and Wales.

Layers of history being uncovered by ⁦@EskdaleR⁩ as part of a conservation project at AWN Pugin’s ⁦@Cathedral_Nottm⁩ thanks to DCMS Cultural Recovery funding administered by ⁦@HistoricEngland⁩ pic.twitter.com/4BJyiBGaOj

We have revealed Pugin's alphabet No1 @Cathedral_Nottm The painter used their discretion in the placing of the lettering & its features We've revealed 3 letters We know there is a message that fill the length of the walls & it is waiting to be discovered#discoveringpuginproject pic.twitter.com/nRhKafeRoN

Our Jesse Tree window restoration project is nearing completion - all the windows are back in situ - and looking beautiful 😊 pic.twitter.com/1xwo5Y9jIt

The window heads have begun to be reinstated on the Jesse Tree Window - the colours are glorious! Thanks to Chapel Studios and Mark Eaton for their continued dedication and skill 😊👍 pic.twitter.com/OUjoAzBoJE

Our new Jesse Tree mullions are ready to go in, along with the cill, next week. Thank you to Mark Eaton our stonemason 😃 pic.twitter.com/kHMOwHBiRS